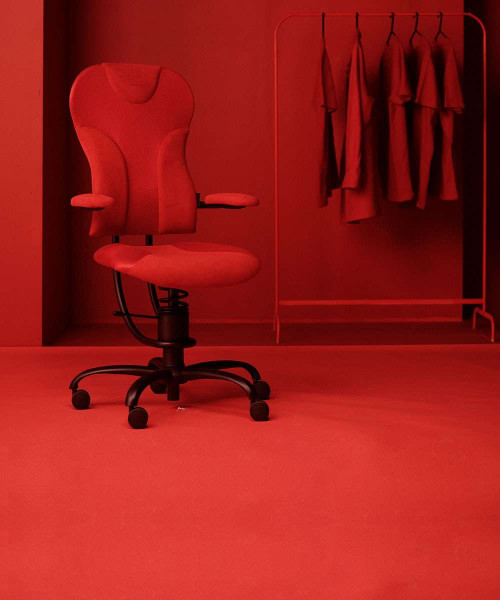 At SpinaliS we place great emphasis on the children’s spine, so we decided to do a project.

We agreed on a joint project “spine-friendly school” with one Ljubljana elementary school. The project, which follows two classes, has been running since 2006. One class is equipped with the usual school chairs, the second class with SpinaliS children’s chairs, which have been adapted for sitting and working in school. The children are monitored and checked annually by physiotherapists and orthopaedic surgeons, who check their posture, back muscle strength and overall condition of the spine. The psychotherapist, through video, verified concentration during school work, because SpinaliS chairs also affect blood circulation and, consequently, the power of concentration. Video clips and psychological tests designed specifically for this project are performed once a year.

In the first and second year there were only differences in concentration and the ability to sit peacefully, as children in the first two years of school move a lot. Children sitting on SpinaliS chairs had sufficient movement on the chairs and were less restless and did not get up as much during class, because they could swing and move while sitting. In the comparative class, there were more disturbances with rocking back and forth and more getting up. The results showed that concentration during tests and results were slightly better in the classroom with SpinaliS chairs.

In the last comparison of the two classes, there were already obvious differences: in particular in the development of back and abdominal muscles, better posture and less frequently overweight children were characteristics of the classroom with SpinaliS chairs.

The present results show that even children doing seated work need active sitting, whether it is on the therapeutic ball or a SpinaliS chair.

This is evident by the enthusiasm of children themselves, even more so their parents, who are very excited about the “spine-friendly school” project.

Poor posture can be improved

The period of adolescence is very important for the development of posture because, during this time, due to various environmental effects (prolonged sitting, wearing overweight bags on one shoulder, bending over a desk…), one develops an inadequate reflex posture which remains permanent. A child with poor posture becomes a man with bad posture, who later moves and balances and practices his profession with greater muscular effort, resulting in faster fatigue, lower productivity, and accelerated tissue aging.

Thankfully, bad posture is often due to insufficient and incorrect muscle operation which can be entirely corrected (as opposed to deformation and other damage) with will and discipline.

The main cause of the occurrence of incorrect or poor posture in children and youth is central nervous system fatigue. Small preschool children are physically very active, especially if they are in an environment which allows for this. When starting school, they are suddenly forced to sit quietly for many hours. Then they are given more work at home, which in turn requires sitting.

I think the idea of ​​a moving seat chair is an important step in preventing poor posture, and thus preventing the degeneration of the intervertebral discs. I definitely recommend the SpinaliS chair, as early as during school years, because it allows for active sitting and strengthens the muscles, while allowing children freedom of movement.